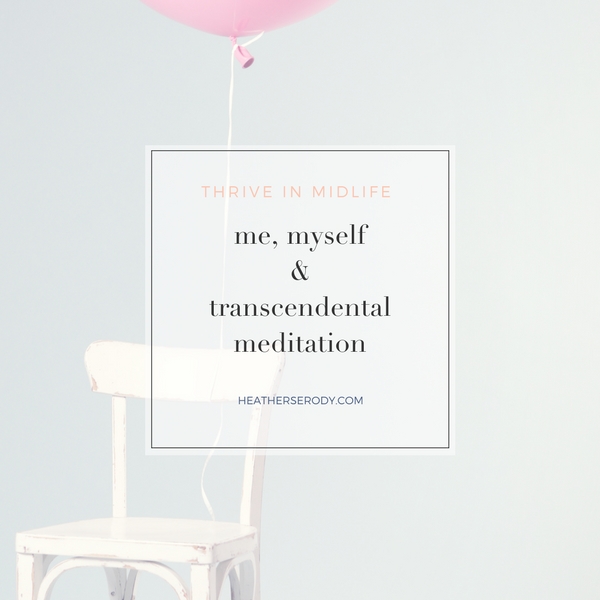 my introduction to meditation

Do you remember that powerful scene, in the movie What’s Love Got To Do With It? which chronicles Tina Turner’s life, that shows her introduction to meditation from a friend? I was intrigued with not only the beauty of this chanting meditation practice but how the movie posits Tina’s spiritual resurrection from defeated and broken domestic abuse survivor to a thriving independent artist on the foundation of this meditation practice. I was intrigued.

Later, in 1996 I remember In Style Magazine ran a beautiful spread of Goldie Hawn’s L.A. home. In the article, she talked about the importance of her own Buddhist meditation practice. I wanted to know more, so I did a little research and stumbled on the Transcendental Meditation technique. It’s the one that The Beatles were proponents of. I remember seeing photos of them traveling to India with the Maharishi Yogi, who brought the technique to The United States in the 60’s. 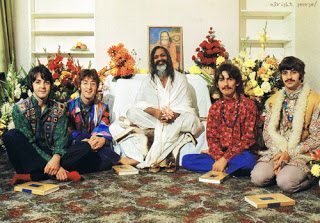 what is peace of mind worth?

Then I realized it cost money to learn the technique and I forgot about it. But, since that time I’ve been doing yoga regularly and practicing some form or another of meditation, albeit irregularly. Whether I chanted, tried to release my thoughts, or focused on my breath, my meditation experiences never left me with anything more than a temporary feeling of calm and always with achy hips from trying to sit cross-legged on an uncomfortable floor.

Then last year I was listening to a podcast called Here’s The Thing, where Alec Baldwin was interviewing Jerry Seinfeld. At the very end, Alec asks Jerry about his 40+ year practice of Transcendental Mediation (TM). Jerry said it gives him more energy and focus. It makes his stress float away. He said,

“It’s a nice energy. Really nice. Here’s how I’ll describe it to you. You know how three times a year you wake up and you go, “Boy, that was a really good sleep? Imagine feeling like that every day. That’s what it is.”

That was IT for me. I’m a woman who’s been sleep deprived since my kids were born that’s just about the most enticing benefit to meditation that I’ve ever heard. Also? Jerry doesn’t seem to be the kind of person prone to hyperbole, so I found myself believing that TM could possibly give me some real, tangible benefits. I wondered how much I would pay for quality sleep every night. Then I found this video where Jerry further elucidates the benefits of TM, and the whole thing really blew my mind. It left me thinking; that’s exactly what I’m looking for.

mind health is just as important as physical health

I’ve been making some big changes in my life, and the truth is that they are not limited to just my physical well-being with diet and exercise. I’m actively looking to incorporate elements that will lead to a greater pleasure, joy, and personal fulfillment in all areas of my life. In the process, it’s become clear to me that although I’m healthier and stronger and feel better physically, it’s also true that the unhappiness that sometimes remains is no longer with how I look and physically feel, but instead stems from how I choose to think about my world. I decided it was time to dedicate my time and resources to the well-being of my mind.

With that goal in mind, I purchased my TM training for my 45th birthday present to myself. I completed my TM initiation and learned the technique at my local center. It took a couple of hours each day over the course of four days. I was able to easily practice the technique. It is natural and effortless. The instructors were complete professionals. I don’t have to sit cross-legged when I meditate.  The way I feel while meditating is unlike anything else I’ve ever tried. I’m noticing huge benefits already. I’ve been able to catch up on some badly needed rest and I feel that my battery is charging up to full capacity for the first time since I was very young.

Meditation is a technique to pull the awareness from the outwardly directly senses (to) powerfully within, to experience deeper levels of mind; simpler, quieter more unified levels of the thinking process and then slipping beyond thought (that’s where the transcendental part comes in) to experience this universal unity beyond thought and matter.”

Now that I experience the calm clarity that TM brings twice a day, I’ve noticed that my mind, energy, and circuitry have become clear and more efficient. As a creative person, I can’t wait to see how this practice might bring me a more full and creative life experience to my family, my work as a writer, and all that is to come.