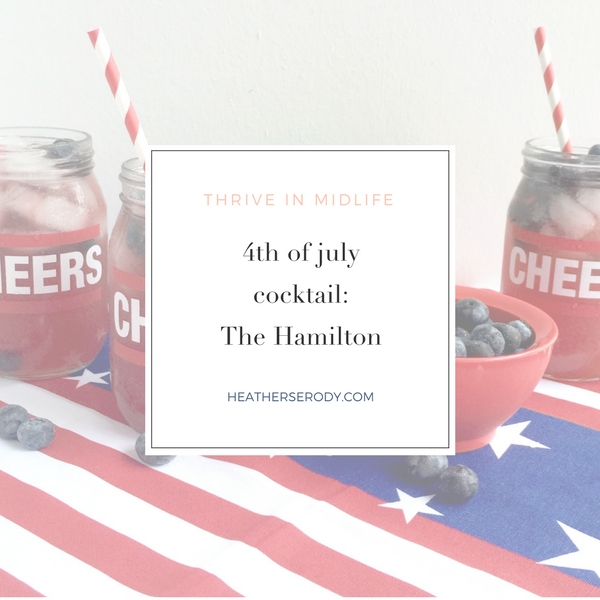 I’ve served my friends different versions of this fourth of July cocktail for years. It’s always a hit, ’cause it’s red, white & blue. Any patriotically themed vodka cocktail has to be made with Tito’s American-made craft vodka.  It’s also got yummy tart cherry juice, which is more yummy than tart. Seriously, what’s more American than cherries?

This recipe contains fruit juice so it’s obviously not strictly keto-approved, however you can use Cheribundi stevia-sweetened cherry juice which means you have no added sugar in this juice that will impact your carb count, just the natural sugars found in the cherries.

I figured I’d call it the Hamilton because The Hamilton monument stands among the cherry trees directly behind the Metropolitan Museum of Art along Central Park’s East Drive at 83rd Street. So there’s that, too.

To make The Hamilton, you’ll shake up some Tito’s over ice in your Boston style shaker along with fresh lime juice, tart cherry juice, and club soda or sparkling water with ice. Serve in a highball glass and garnish with frozen blueberries. If you want to get at some of that blueberry juice, muddle the blueberries before you add them. If you like your cocktail stronger just omit the sparkling water.

The Hamilton is also a superfood cocktail; meaning it offers super-nutritional benefits for the body:

This is the perfect cocktail for a Fourth of July barbecue because it’s not too strong, so you can feel fine about indulging in the afternoon. If like a stronger cocktail, then decrease the amount of club soda to your taste. The Hamilton multiples well if you want to make up a pitcher ahead of time to make your life easier. Make the extra effort to freeze fresh organic blueberries ahead of time, because pre-frozen blueberries just don’t compare. Happy Fourth of July weekend!

4th of july cocktail: The Hamilton

Did you make a recipe?I’m thrilled you are making one of my recipes! Would you share a photo of it on Instagram and tag me @ThriveInMidlife so I can see it and connect with you? I can’t wait to see how it turns out! ox - Heather